Kingsday is one of the biggest national holidays in the Netherlands. This day is known for a lot of great parties, and we already know where we’re going to celebrate the King’s birthday! With the best sounds, a great vibe and a party which lasts 18 hours, Cartel Kingsday is the place to be. We became fans of this collective from Amsterdam after Cartel editions in the last few years. Cartel sees themselves as a group of house nomads travelling through the broad house genre and through Amsterdam regions. By combining big DJ’s with upcoming talent, the Amsterdam collective has a great success in the Dutch capital’s clubscene. 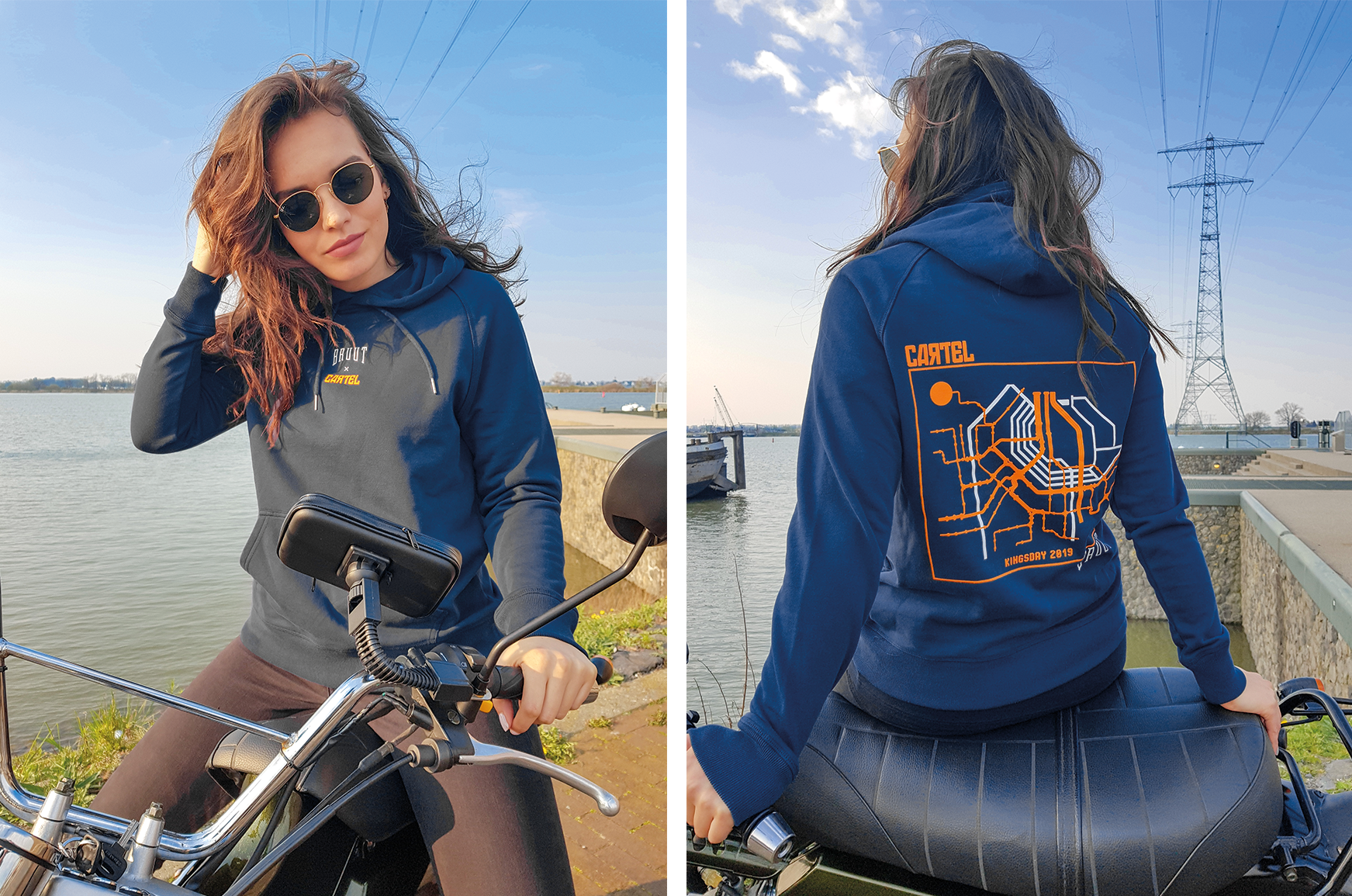 After a very successful Amsterdam Dance Event (ADE), where Cartel hosted a weekender in Paradiso (one of the most famous venues in Amsterdam), they are now hosting a Kingsday party at the Westerunie. Cartel Kingsday offers a stage outside and inside, so the weather won’t be a problem whatsoever. Besides the perfect location, the line-up is amazing as well. Artists like Kerri Chandler, Benny Rodrigues, DJ Assault, Pablo Discobar and Vic Crezée will perform at Cartel Kingsday.

After the success of our first collaboration with Cartel Amsterdam during ADE, we once again merged our ideas. The ADE collab resulted in one T-shirt, which was loved by fans and artists as well. For this collaboration we designed a T-shirt and a hoodie, so you can be prepared for each weather condition. The front of the garments has our logo’s, whilst the back has a design of the city of Amsterdam. Cartel and Bruut have love for this city and wanted to dedicate this collaboration to Amsterdam. The garments have a city map design on the back.

The collection will release on Sunday the 14th of April at 11:00 AM via Bruut.nl!

Don't have tickets for Cartel Kingsday yet? Buy them here!